A girl with four names

That girl from the post title is me. Before my current name, I had three former first names.

When I was born, I had a very brief moment to be called as Red, yes that color in English (Sometime Thai people like to name their children in English word). 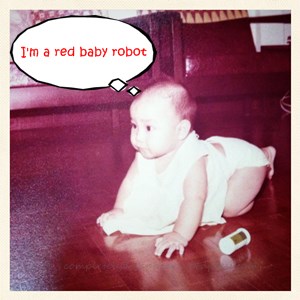 To be honest, my name was Red when I was just 1-2 days old. However, I couldn’t find my photo during that time so I grab this one instead. A tiny baby me.

After leaving the hospital where I was delivered, I got another first name which meant embrace. I used this name for a while before turning to the next one because my parents weren’t fond of an idea that their little girl had a name which seemed to invite people to hug her. (In Thailand, we aren’t familiar with hug or embrace each other. This action is sort of a private thing) 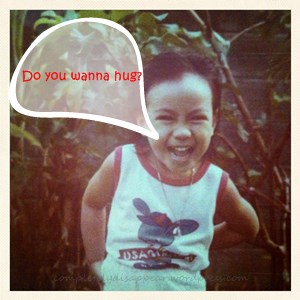 A little me. I have no idea what my hands were doing for this photo! It seems like I might be scratching my bum.

The 3rd name was the one I owned it almost 10 years. Its meaning in Thai could be translated to Cluster fig tree. I didn’t like the sound of this name as well as its definition. Nevertheless, my parents consoled me with the alternative story version of this name. They told me that I was named after a queen in Thailand’s history. (Like for a long long times ago). 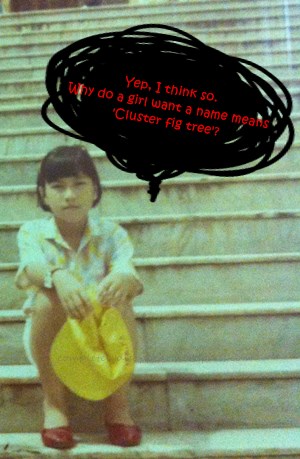 Me in a red shoes with yellow hat. Very fashionable :)

For the latest one and I believe it is the last one, I picked it myself when my parents decided that our whole family should change our first and last names together. They therefore let me to choose my first name, which my decision based on the sound of word and its meaning. My current name means ‘Everybody loves me’ so I wish to feel loved everywhere I go. ^o^ 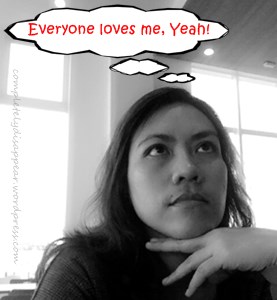 If you don’t love me, it’s fine cause I can love myself. Yeah!

That is the story of my four names in order to give a response to today’s daily prompt:

Write about your first name: Are you named after someone or something? Are there any stories or associations attached to it? If you had the choice, would you rename yourself?

For your information: Thai people usually have first name and nick name. Our first names mostly consists of at least 2-3 syllables which they normally have meaning or related stories. It’s a common question when we ask each other ‘What does your first name mean?’

11 thoughts on “A girl with four names”