Don’t look back in anger

I’ve never thought that I like taking photograph this much until I owned my first iPhone which was iPhone4. I used it a lot for photographing everything I wanted to snap. Due to the fact that its storage was only 16 GB so I had to move my photos to my notebook for clearing up phone’s space. I arranged folders according to months that I took photos. I still keep photos in monthly even though I’ve already bought  iPhone 5s with larger storage after using iPhone 4 for 3 years.

I’ve chosen 12 pictures from those folders to represent 12 months in 2013. They were not the best but  they reminded me of the moments when I looked at them. I don’t think I’m good at photography or anything. I just love to capture or create some moments for photography.

So I start a revolution from my bed
‘Coz you said the brains I had went to my head
Step outside the summertime’s in bloom
Stand up beside the fireplace, take that look from off your face
You ain’t ever gonna burn my heart out

Grandma and her home 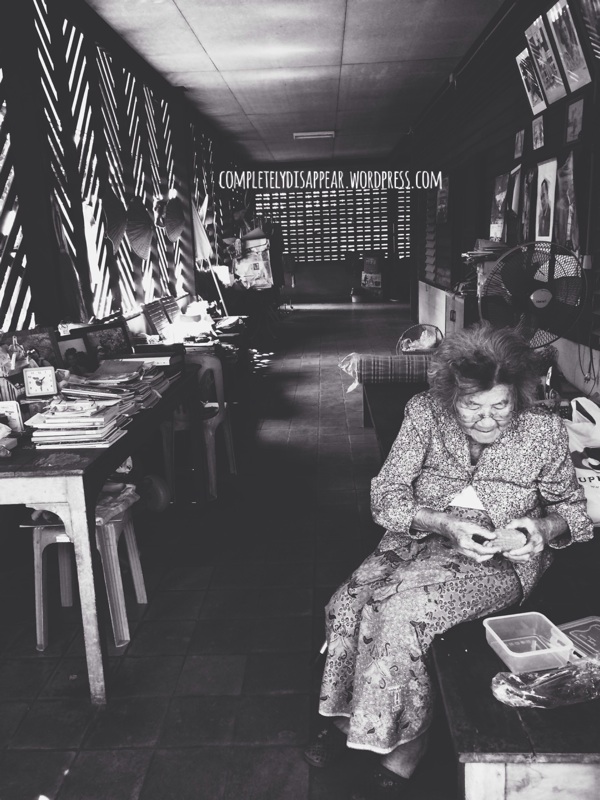 Phoneography Challenge, the Phone as Your Lens: Portraiture

I once loved to listen songs by this band ‘Zero 7‘ whose genre has been described as downtempo or ambient music. They have released 4 albums so far which I owned three of them. I really loved the first two albums which were ‘Simple Things’ and ‘When It Falls’. I loved that their music could take me to fly to the sky, swim in the ocean, or float away in the universe. Their lyrics also made me ponder about.

The song that made me fall for them was ‘Destiny’ which its music video was so beautiful as well as the song.

When I’m weak, I draw strength from you
And when you’re lost, I know how to change your mood
And when I’m down, you breathe life over me
Even though we’re miles apart, we are each other’s destiny

Even though I said that I liked the first two albums, but the third album was alright for my own taste as they seemed to use more acoustic sounds than the former two albums.

Scared to think away the cheer
Looking back in a mirror
It all becomes clear
The views are not the same
I see sun, you see rain

Cleaning up the mess you left behind

After those three albums, I haven’t followed them until now that I found their official Facebook and I hoped that they will release their new album soon.

I’m looking forward to listening to their new songs.

This is an entry for ZZZ-Challenge by Frizztext.

Above the sun, Under the tree

I found this reflection when I visited my grandma on 21st Dec. The sun seemed to shine from underneath water while the trees put their shades to interact with the sunlight. This one was among other photos I tried to capture.

Everybody I’m back. I want to say…
As long as you love me, please Quit playing game with my heart.
Because I’ll never break your heart.
Baby, We’ve got it going on.
As I told you, you’ve got All I have to give.
I always give you The call as you said that “I want it that way“.
You Show me the meaning of being lonely when you went away.
I can Get down on my knee If you stay as you are The one for me.
Can you see the Shape of my heart?
I can love you More than that because you are Larger than life.

One of gifts that I’ve bought for myself this new year.

Take me back to time of the Boys.

Travel in Winter is hardly my favorite one as I’m living in a tropical country where we rarely face the coldness. So it was quite hard for me to find photos for the response to the current travel theme from Where’s my backpack? However, I think this set of photos might be able to be an entry of this week’s current theme.

I was unexpectedly touched by the sense of Winter when I went to Nikko during my trip to Japan in March 2013 as there were places where snow was left for us to see. 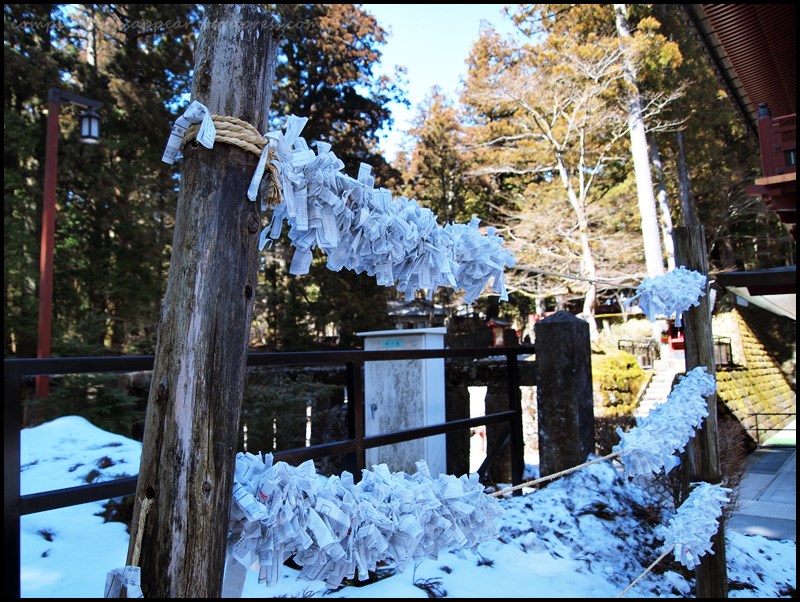 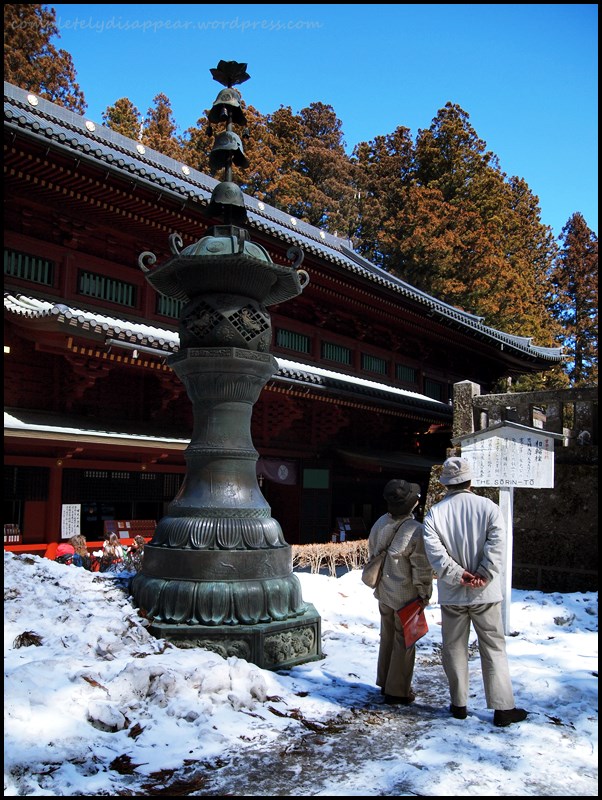 My main target in Nikko was to see the three monkeys with my own eyes. 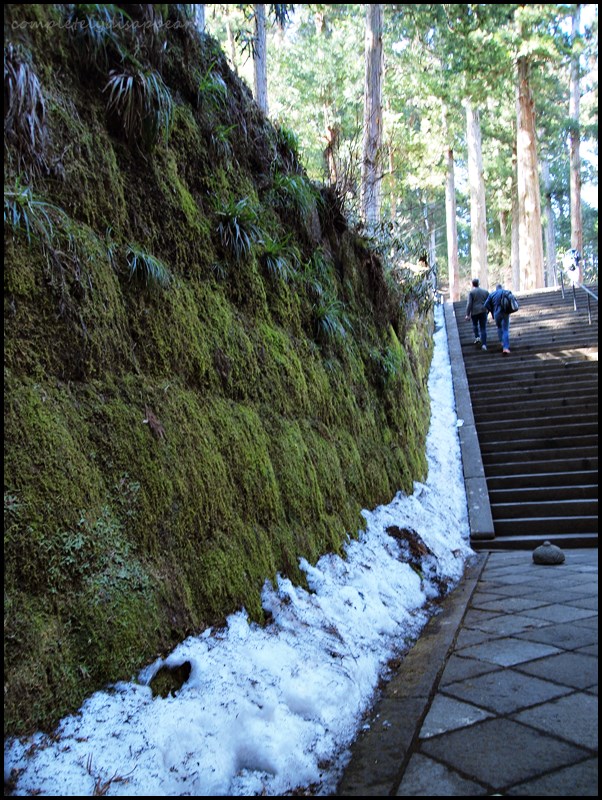 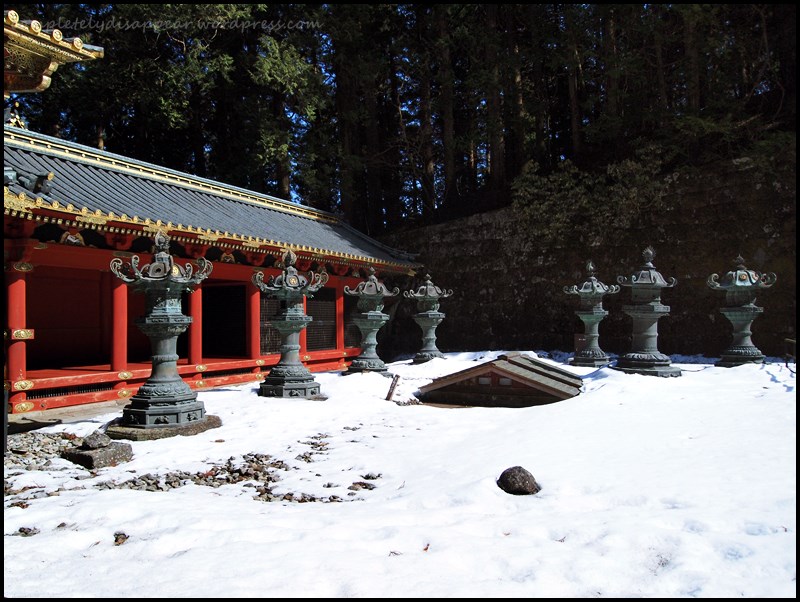 The coldness could be faded away by this bowl of hot egg-noodles. So yummy.

I think I’m not safe here

There is an ongoing political unrest here in my country which protesters gathering in my city (Bangkok, Thailand). The protesters mainly consist of people from middle class and elites. They believe that the elected government will destroy our country. They want to change the form of government by erecting the council of people instead of election. They claim that there are people who don’t understand democracy especially in rural or low education. Some of them think that if they let our country have the normal election, their preferable party will not be chosen to be government. The political party that they think as the representative of goodness and intelligence. In the easier conclusion, they don’t think our country is ready for one man, one vote.

Most of my peers attend this protest or support it. However, I can’t accept the basic idea of their belief that denies our human rights. Anyway, my peers like to share their thoughts or photos on Facebook when they joined or satisfied with the protest. It seems fashionable to go to the protest, take photos and share them on Facebook. I need to endure their actions. The sad thing is that I cannot share my thoughts or show my own disagreement.

To be honest, I couldn’t help myself and I posted many things on my Facebook wall showing my idea of equal rights in election system. I didn’t attack anyone. However, my true friend warned me that I shouldn’t show disagreement because it’s too dangerous here. I certainly knew what my friend meant because I used to get the discrimination when I was in a place where I was the only one who thought differently. They didn’t hurt me physically but they would isolate me as much as they could. As a result, I tend to be careful as high as I can when I move to a new function.

My current society changes to be a society where you shouldn’t say anything if you think/believe dissimilarly. Actually, you might be able to speak freely but you need to wait for some consequences. Even they act like they are ok with your thoughts, but you cannot be sure of anything.

Eventually, I set all my Facebook posts (related to the current political situation) to show to me only after the warning from my friend. As I don’t know whom I should be careful of. I don’t know who I can really trust. I can feel that the protesters truly believe what they’ve done, they do for the country. Some of them think of people who disagree with them as stupid and bad citizens. They think of us as the enemies. If they can wipe us out of the country, the country will be better. I can say that I fear of what they think. Because you never know when or what they will do next to get rid of us.

Where everyone must think the same or die.

Even posting here on my own blog, I fear that some of them might read this and know who I am.

– To the political situation in Thailand –

Us who believe in one man = one vote.

This song is one of my all-time favourite songs since I firstly heard it. I don’t know why it could capture me and I don’t get bored listen to it repeatedly even though the song itself didn’t create new genre or style. I think it might have been its simplicity and the meaningful lyrics. In addition, it’s easy for me to sing along.

Come on everybody
Ignores you now
But soon your time will come
Yeah, they’ll know who you are

No, you’re not alone
‘Cause everyone who’s out there’s on there own
But you were always the same
Tryin’ to be like no ones ever been

You try so hard, you get it wrong
You can’t deny, the feeling’s gone
It’s time you took a look at what you need

So, keep holding on
And time will come, you’ll jump right up
And find you’re back on top of the world
Sure in time you’ll be heard, you said

This post is a response to YYY-Challenge by Frizztext.