For my friend in need

I knew that I have been missing from this blog for a long time. However, I come back here again in order to help my friend in need for support from around the world.

My friend’s name is Keng  which means “Skilled” or “Talented” in Thai. He is one of the most cheerful, optimistic, strong person I’ve ever met. He had diagnosed with cancer once and he fought and he won at that time. Unfortunately, that cancer has came back again.

According to some of his words below:

What do you do when the doctor tells you that you have the final stage cancer with no cure…?

Hello everyone — parents, brothers, sisters, uncles, aunts, and friends.. My name is Keng, 31 years old. I’m currently having a cancer called “Adenoid Cystic Carcinoma” (ACC) a type of salivary gland cancer that very little people will have. It’s also the type of cancer that does not respond to common treatments like Chemotherapy and has been spreading down to both lungs. So they can’t be removed by surgery or radiation. There is very little or almost none of the related research and development on this type of cancer. So there was no good treatments that can cure this cancer. Nonetheless I’ve tried 12 treatments for chemotherapy but none of that has stopped it. With the side effects from those chemicals I can only keep following up on my conditions monthly. The doctor told me last year that I could die as soon as within one year, which was so hard to accept. With all my spirit to fight, after the chemotherapy I turned to other types of treatments like Naturopathy, Psychotherapy, Arts, and exercises that fit the current disease. Even though the disease is still there but it hasn’t spread out too much and the tumors are growing quite slowly. The doctor asked me if I can still breath fine every time. And I’m still alive today.

He has been fighting with that cancer since then. He is still working in order to earn money for treatment. Keng has also tried Genetheraphy and unfortunately the cancer did not stop. Anyway, he has been given the opportunity to join the Immunotherapy program this time. The treatment will need a certain amount to get the 1st one. The doctor will re-evaluate the effect of this therapy later so we will know how many more treatments he will need.

Therefore, our friend has set up the funding in order to gather money for Keng.

Anyone who has read this post and would like to know more about Keng and this funding, please visit this page Help Keng fight Cancer!

And this is Keng, my friend. 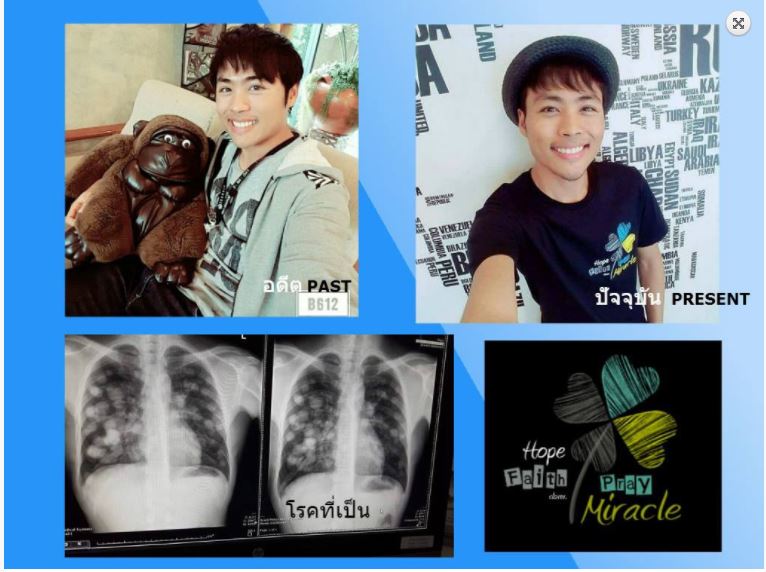 Into the music, TheySaid

And we’ll go up, up, up But I’ll fly a little higher

The title of this post is from the lyrics of a song named ‘Clouds’ by Zach Sobiech. I think some of you might have already known him, however I just heard of his story today and I believe that it’s never too late to know such an inspiration story like this.

Zach passed away on Monday 20 May, 2013 at the age of 18. He was diagnosed with osteosarcoma, a rare bone cancer, when he was 14 years old. In May 2012, he was told that he had months to a year to live. Zach didn’t like to say goodbye by writing letters so he used song lyrics to convey his heart to the ones he loved.

I watched My Last Days: Meet Zach Sobiech which was his documentary made by SoulPancake, and from that I was led to his hit song ‘Clouds’ that I was captivated by its tunes and meaningful lyrics.

If only I had a little bit more time with you.

And take that little ride

And sit there holding hands

And everything would be just right

We’ll float up in the clouds and we’ll never see the end.

But I’ll fly a little higher

Up here my dear

Some of celebrities shows support to Zach by making a video with this song. They want to raise awareness of childhood cancer as well.

Zach also worked with his band ‘A Firm Handshake’ including his best friend ‘Sammy Brown’, and they have released EP album called ‘Fix me up’. I’ve bought this album and I really like all songs in it. Their beautiful guitar sound truly gets along well with voice of Sammy and Zach especially Sammy as her voice is charmingly unique.

For more details of Zach’s story can be found through ‘Zach Sobiech: Finding peace through music‘ where we can give donation that will go forward to the Zach Sobiech Osteosarcoma Fund.

Even the smallest person can change the course of the future.
– Galadriel (The Lord of the Rings)