1. Open the music application on your phone, capture and crop it.

3. Choose “Add Photo” and add the captured music. Changed the drop down list from Normal to Multiply. 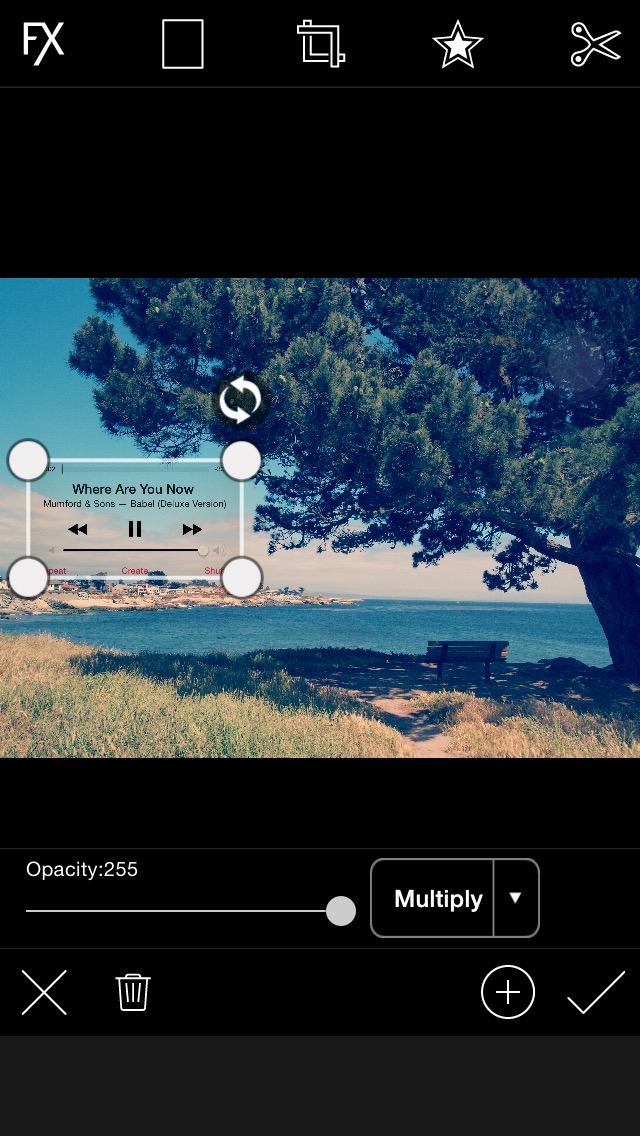 4. Click FX on the top left-hand side and choose HDR2.

5. Save to your gallery.

I’ve used this technic and app called PicsArt to create a picture like the above. (If you’d like to create this kind of photo, you can follow the steps)

I believe I have said a few times how I’ve enjoyed the challenges from weliveinaflat and firebonnet so far. Every week they would come up with interesting themes. Some were my usual approaches of using mobile’s photo apps. However, some weren’t. Like this time that they’ve chosen Mirroring apps for this week’s challenge.

If last week’s sketching apps was a rare choice for me, this week isn’t my favourite one at all. As far as I’ve remembered, I might have used this type of effect once. I kind of disliked this effect because I thought the outcome was too unnatural. So I could say that this week’s challenge really put me out of my comfort zone. However, I think it was a good opportunity for me to explore an unfamiliar territory of photography effect.

Here’s the original photo which has been taken with my iPhone 5s attached a fish eye lens.

I first used Camera 360 to create mirroring picture, however I prefer the output of Insta Photo Mirror as I could adjust position of original and mirrored images. The result was as the below image which was a big grinning cat. 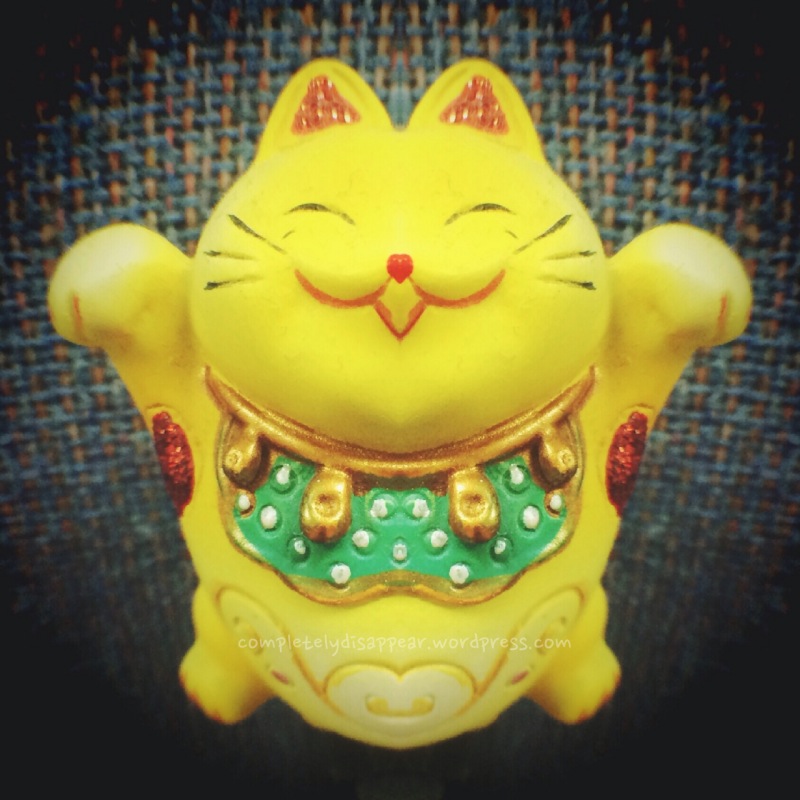 This type of effect turns out to be funnier than I used to think. Thank you to weliveinaflat and firebonnet for amusing challenges. I’ve realised that we could encourage our creativity by stepping out of our self-made boundary. It’s refreshing. 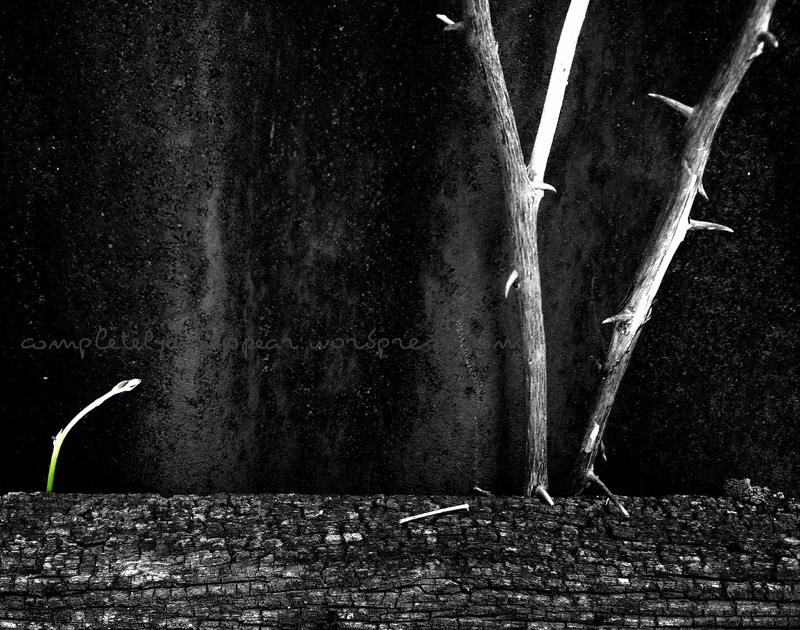 Despite using Camera 360 quite for a while, I just found out that it has this B&W filter which leaves a certain area to be in colour. So I used it to crop, edit and apply the B&W green filter to the photo. This young plant has started to grow up next to the old dry one. I captured many photos of them by using iPhone, Olympus and Ricoh. I haven’t checked photos in Olympus and Ricoh yet but I was pretty satisfied with iPhone’s photos.

Have I ever told anyone here that I love Winnie -the-Pooh? Yep, I think I have. However, I never read books or watched animation. I just love the way Pooh looks especially the classic one.

So when I saw this free app in the App store on my iPad, I knew I had to try it!

I was welcomed by the menu page when open the app. The beautiful picture with the nice music score. 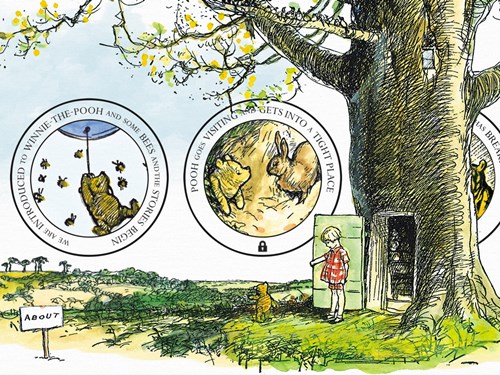 Then I clicked the tale of POOH and some BEES and I was led to option page. 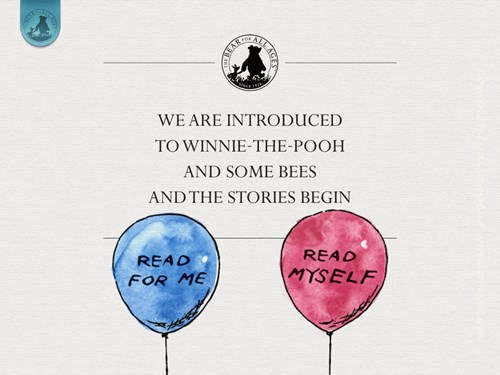 I chose ‘Read for me’, and I felt like I listened to the bedtime story before sleeping except this time we can have a little play with them. And I’m fond of the illustrations.

We can also go back and forward by touching the blue circle on the top left-hand side of screen.

I really enjoyed listening, reading and tapping the pooh. I was also entertained by the voice over as I liked his British accent.

The app comes with one story and we can buy other stories by using in-app purchase which the app has pop-up question to prevent children from purchasing it.

Although the story is not that long and it seems to be more suitable for children than adults, I still think that we can merrily read or listen to it as a young at heart as we are.

Oggl is the attempt from Hipstamatic to create the community for photographers using iPhone to capture digital photos. I think they are trying to compete with Instagram. At first, Oggl required interested person to register for invitation which reminded me of the time when Gmail has firstly been launched. However, any users can now install Oggl without the registration.

The app provides users with pre-arranged filters for Landscape, Portraiture, Nightlife, and Food. Users can also match lens and films by themselves as the same as in Hipstamatic. After taking photos, we can either save into camera rolls or share it with the Oggl community as well as other social networks such as Facebook or Instagram.

I’ve installed this app not long ago. I think the app has nice and cool look, but some interfaces are quite confusing especially on the Oggl community compared to Instagram. I’ve used it for taking photos but I rarely share them with Oggl. The pre-filters are ok which I think the food one is quite good as it seems to give the dimension and color for food. 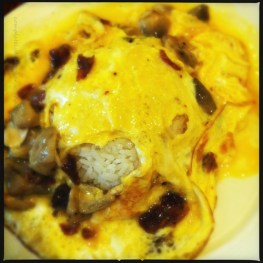 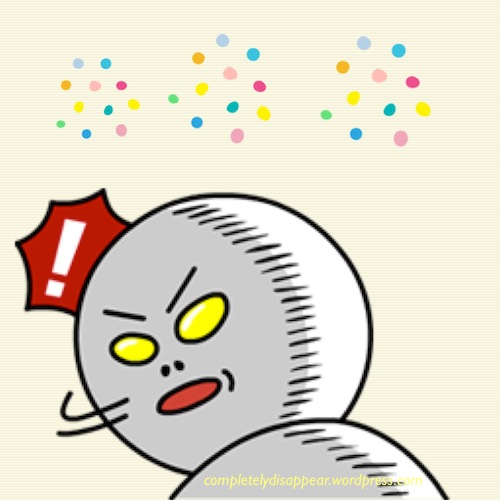 Because I’ve liked to use stickers or emoticon in my instant message since MSN.

So after updating my Facebook on iPad and iPhone,

I eagerly sent message to my brother although he was downstair while I was in my bedroom upstair. 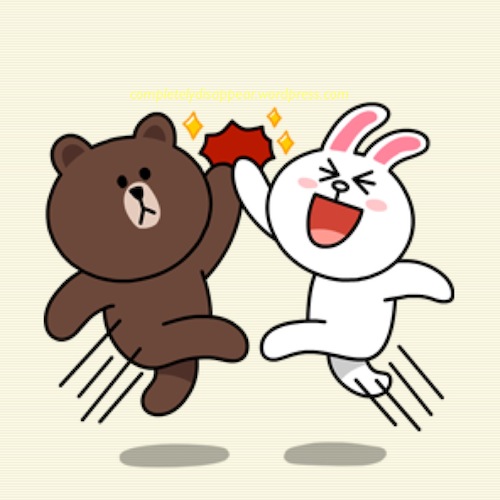 BUT! my Facebook app on both iPhone and iPad doesn’t have Sticker function while my brother’s Facebook app has!

So I tried to search for the methods of adding Stickers in my Facebook messenger.

And I accidentally found this news, Facebook is appealing to its Asian users with messaging, emoticons, and stickers.

Huh??? Yeah, I’m Thai and Thailand is in Asia so I think I’m Asian enough to get my Stickers on Facebook, Right?

Anyway, I decided to uninstall Facebook app and re-install it.

BUT the stickers still not come T-T 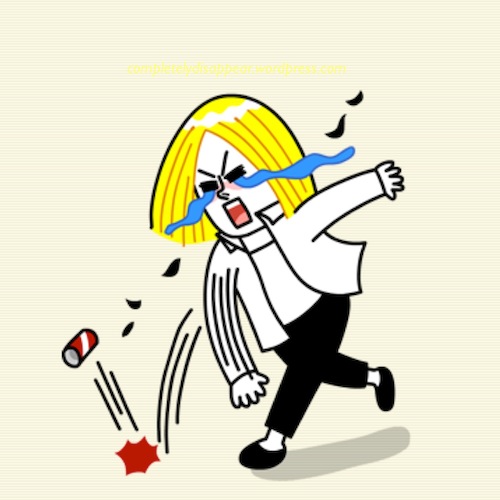 I controlled my emotion and read the details of Facebook app in the Apple App store.

A-Hah! They’ve already said that Stickers will come to everyone soon.  (Meaning not everyone now) 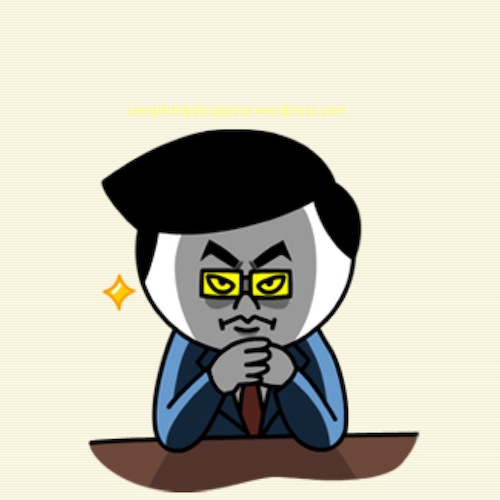 Waiting for my turn.

All stickers are from Line Application.

When I participated in this year’s health check-up program at my company, I was told by a doctor that I should try drinking a lot of water. Actually, I used to not like drinking water before but I tried to improve my habit by forcing myself to drink at least a bottle of water (around 500-600 ml). Thus, I’ve changed to like drinking water. However, I tend to forget to drink water when I am busy at my job. So I eagerly installed this mobile app called ‘Plant Nanny’ on my iPhone when my colleague told me about it.

Plant Nanny combines health with fun to remind you to drink water regularly.
The cute plant keeps you company every day by living in your phone.
In order to keep it alive and help it grow,
you must give it water at certain periods of time.
– From Plant Nanny –

I just installed it 3 days ago and it did help reminding me to drink water. From its calculation, I need to drink water around 2,200 ml per day. I choose my 480 ml Vacuum flask as my drinking bottle. I therefore entered 500 ml container in the app. Then it calculates that I needed to drink 5 times a day.

Every time I finish the whole bottle, I will go to app to water my plant. The nice sound that plays when my plant gets water makes me feel happy. The plant itself is very cute. The app will remind me every 4 hours if I forgot to drink or click watering the plant. This app needs us to be honest with ourselves because it can’t know for sure whether we drink water for real or not. I also get a hard time to finish my flask 5 times a day. Mostly, I try at 4 times.

Right now my plant, which is cactus (there are 3 choices of plant: Cactus, Devil’s Ivy, and Dandelion), has grown bigger and own three flowers. Looked adorable. 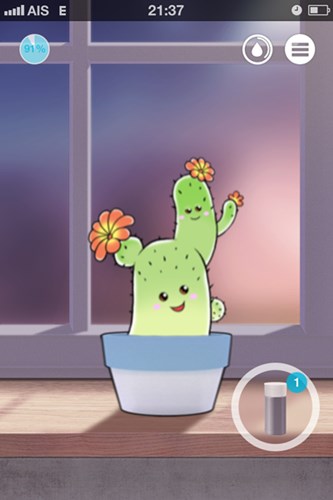