My aunt is good at taking photos as she has practised since she was in her 20s. She would ask my brother and me to be her models for practising. As a result, we have hundred photos of us when we were kids. A few of them have been framed and attached inside our home. She would capture us in colour as well as black and white. However, I always lamented over monochrome photograph whenever she used black and white films. Being a kid, I certainly prefer myself in colourful images to the grey-out ones. She would tell me that the black and white photos were timeless and classic, and I would come to understand its advantage when I grew up.

And yes, I eventually see what she meant. 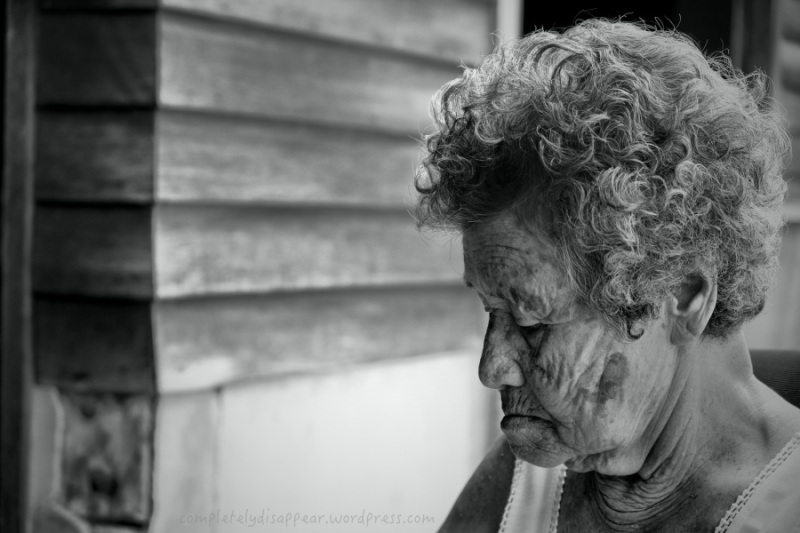 I photographed my grandma at her home during our visit last month (March-2014). I started to fall in love with black and white photography for a while, and I’d like to explore for more. One of my observation over monochrome photograph is that it really suits portraits of senior people. The lines on their skin show the beauty of ageing that no one can avoid. I chose this picture as an entry to Monochrome Madness Week 10 hosted by Leanne Cole and Laura Macky.

This was my third week in a row for my participation. I might not be able to join this wonderful madness next week as I’m so busy with my work right now. As I needed to work overtime this weekend (both Saturday and Sunday). I also want to apologise to any of fellow bloggers if I haven’t checked your updated posts as frequent as as I’d like to. Hopefully, my work will be lessened in the upcoming weeks.

I never have objection to post-processing for photographs. I think it is a great perk of this digital world that we can snap the moment and adapt it later. So I definitely agree with weliveinaflat‘s comments on colour filter in this week’s challenge co-hosted by her and firebonnet.

Many mobile apps are my favourite when it comes to all those glamorous filters. Anyway, I pondered what apps should I use for this challenge. I decided to adapt my chosen image in Camera 360 which I applied the Rainbow filter in the colourful set to the picture. I wanted the image to look more interesting (I hope) so I added another effect to it in Pixlr-o-matic.

I love the way all filters give the feeling of colourful waves around Micky on the surfboard. I prefer the filtered version to the non-filter one. 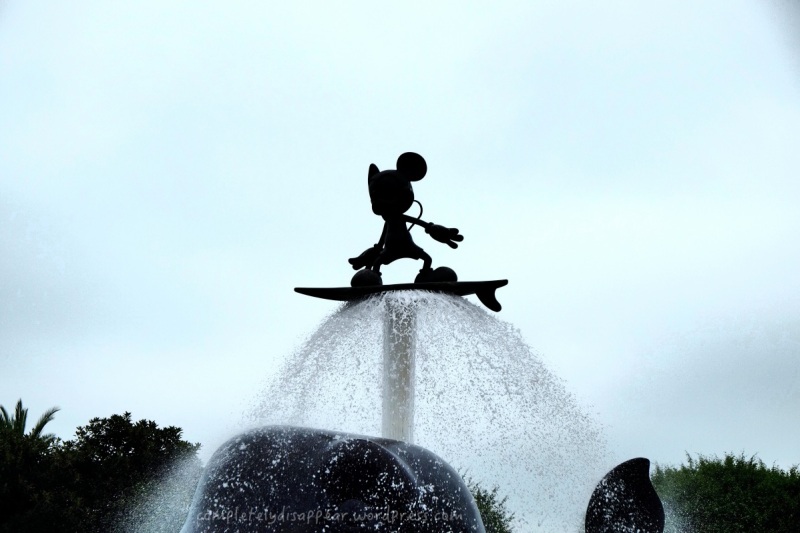 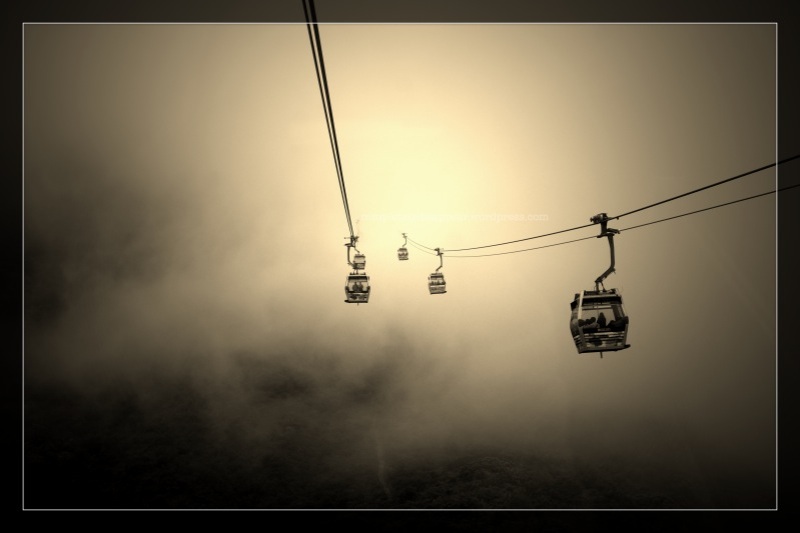 More pictures from others are here.

I’m still learning how to shoot with my new camera, FujiFilm X-E1. Yesterday (21-Feb-2014), I tried to capture a bird holding on the roof of our neighbour’s house. I was at the balcony on the 4th floor of our home in order to photograph the sky and clouds. However, I couldn’t capture what I wanted to do, then my eyes had caught this little bird and I therefore changed my mind to snap photo of the bird instead.

Too bad, the photo quality wasn’t that good because the light wasn’t enough. Moreover, there was a part that was in a shade which showed in the photo as dark area. I believe that HDR might be able to improve the photo quality. So I transferred the photo to my iPhone and used an application called ‘SnapSeed’ for the HDR filter and adjustment.

In my opinion, the output was quite acceptable even though the colour in the shade seemed to be unnatural. However, we could see the bird and overall picture clearly after the adjustment.

Compared to the original photo. 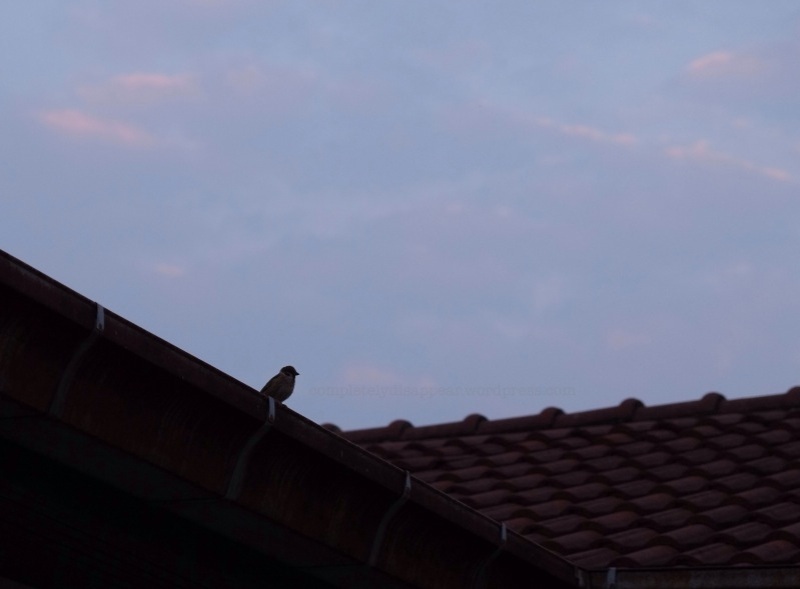 This post is an entry for weliveinaflat and Firebonnet‘s Snappy H’appy Photo Challenge Week 2 – HDR and Saturation. You can follow the challenge’s link to know more about HDR and saturation which the hosts have really provided the theme’s interesting information for us.

I’ve unintentionally got a new camera which is Fuji Film X-E1. Why did I say ‘unintentionally’? Because I actually wanted to buy X100s when I walked into a Camera shop. However, I was brought around by a staff who tried to sell this X-E1. Honestly, I knew that he tried to clear up the stock of X-E1 model since the newer model of this product line has just been launched which is X-E2.

Anyway, I decided to buy the X-E1 instead of X100s, and I’m still kind of regret that I didn’t buy the x100s. Nevertheless, I find that X-E1 is a very good mirrorless camera and I’ve started to feel fun adapting myself to its function even though its kit lens is a bit intimidated because of the size. I’m surprised that the user interface of Fuji Film camera is quite easy to understand. Before this one, I’ve used Olympus E-P1 for 3-4 years but I still can’t comprehend how could I use its features. Right now, I’m on the learning curve for my new camera.

Speak of photography, Bokeh is one of photo effects that I really want to be able to produce it. I’ve read about how to create bokeh, and I kind of know that the aperture should be larger (means small number). The ideal aperture should be f/2.8, 1.8 and 1.4 (Source). So I wasn’t sure that I could capture the Bokeh effect as my camera’s lens kit has its aperture range from 2.8 to 4. However, I accidentally found photos in Flickr Pool which the photographer has the same camera model as me, and some of his photos displayed Bokeh by using the lens kit. I noticed that he manually adjusted shutter speed to work with smaller aperture than f/2.8 so I wanted to try the same technique as his. Unfortunately, I can’t remember his name so I can’t find his gallery on Flickr anymore.

Today I tested some combination of aperture, shutter speed, ISO, and focal length for the Bokeh result. I think that the outputs were quite acceptable. I chose this photo for a respond to the challenge co-hosted by weliveinaflat and firebonnet.

I’ve kept updating the political situation in my country. I usually post it on every Sunday but I don’t have anything to update much this Sunday. We still can’t form the government even though the national election was already held on 2nd Feb 2014 because some areas couldn’t let people vote due to the difficulty of protest or lack of staffs. We have to wait for results from another election which will be held on 23 Feb 2014. The protest is still going on during this waiting time. No end is near to be seen. Nobody wants to step back. Everyone wants their own agenda to win over others.

The country needs to move on. People who don’t participate in the protest need to go on with our lives. Our life needs to go on as the sun needs to rise and set.

The sunset was captured from my home and I applied the filter to it. 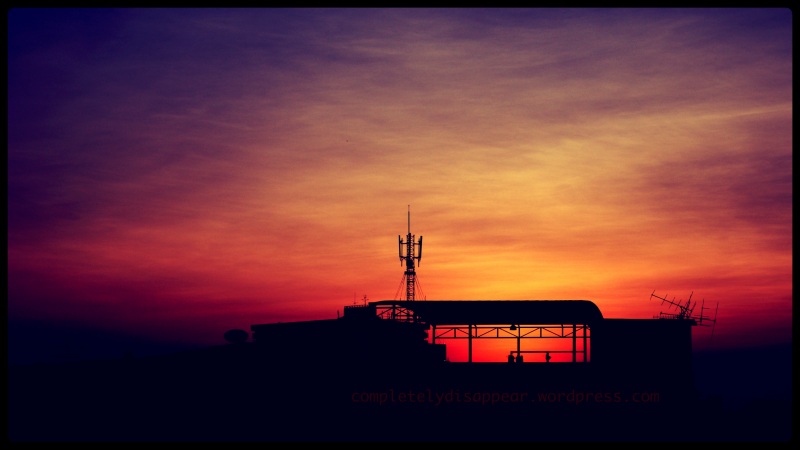